[NOTE: If you are happy, and don’t want to become highly frustrated (with me), do not read this blog post. It’s “special.”] 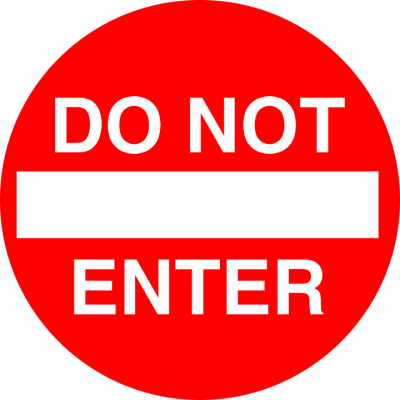 Going to the store for groceries or just going for a walk, always gives me ideas for topics to write about.

The latest one was an idea to a post called The Chair Conundrum. It’s about why people are so gung-ho about sitting in the same spot all the time. And how they will act like a childer when you sit in “their” chair. I am not talking about the La-Z-Boy occupied by the Head of the Household, but seats in a public environment. Mostly in schools or at work.

Anyways, when I have bought the groceries, and I’m walking back home from the store, I will get more and more excited about writing. When I get home, the excitement will only increase until the last food item has found its temporary home inside my refrigerator.

But then, I will grab a newly purchased snack (chocolate or something equally bad for me), sit down and watch an episode of American Dad. After all, I just walked all the way to the store and back. I deserve a small break before starting to write.

However, after watching the first episode, I will always watch the next one, and then the third one. Before I know it, I will start binging. And increasingly feeling worse and worse, crashing from my creative high as well as my sugar high. I usually observed the actions of Roger the Alien, while thinking: “That is me.” Minus the drugs and alcohol abuse, of course. I am a goddamn bum, that will never deserve to look other people in the eyes as equals.

I end up going to sleep as a broken man, trying to forget the failure of the day. The sun will come out tomorrow, and so on.

But I know that the next day the process will repeat itself. And I’ll still believe that I’m going to write when I get home.

My God! Do I make myself sick sometimes. What the actual fuck! Oh, I can’t bring myself to write, and I’m feeling sad about it. Tough. People are dying out there, and I’m all like: “Woe is me because I can’t put words together.”

You know, while I’m writing this, I’m listened to God Knows. A song that appears in a anime I never have seen and probably never will. But the song is kickass! However, I don’t understand the lyrics (because it’s in Japanese). Of course, that is actually a good thing if you are writing. It keeps your mind more focused on the task at hand.

The YouTube video to the music is a bit weird. The band consists of a bunny girl, a girl witch, and two ordinary school girls. The Bunny girl is the vocalist and plays the guitar; the witch is a backup guitarist; one of the regular school girls is on bass (As I understand it, the bass has four strings); and the other ordinary school girl is on drums. The one guy that sticks out from the crowd is this casual-headbanging guy. He is all like: “Yeah … YEAH, I like this, it has great casual-headbanging-tempo!”

I can’t believe how idiotic it is to write this text. It will not bring any benefit to the reader, only confusion. (https://youtu.be/QHmH1xQ2Pf4?t=23s).

I don’t know what happened. No, that is a lie. I wrote directly from my “stream of consciousness.” This is me without any rules of structure, baby. I could most likely, with the power of the Internet, create a decent essay with well-structured paragraphs and a thought-provoking message. But screw that for now.

Wow! That was forced. And it’s not endorsed. … I’ll stop now.

Since I’m already complaining, can I ask something to you native English-speakers? Why the hell are you guys set on writing the word “business” the way you do. The only way for me to remember how to write it is to go “busy-ness.” Language is hard enough to learn without all this pronunciation trickery. Stop making it even harder for me. It’s time to stop!

Of course, I know the word “business” is probably not the worst offender of this crime, but it has lately come under my radar for some reason.

I like cats. They are just so cute and lovable. For example, look at this gif here!

Oh, that was a puppy dog*. But the point still stands, cats are adorable.

*: Or at least the link was to a puppy, it might have been taken down in the future.