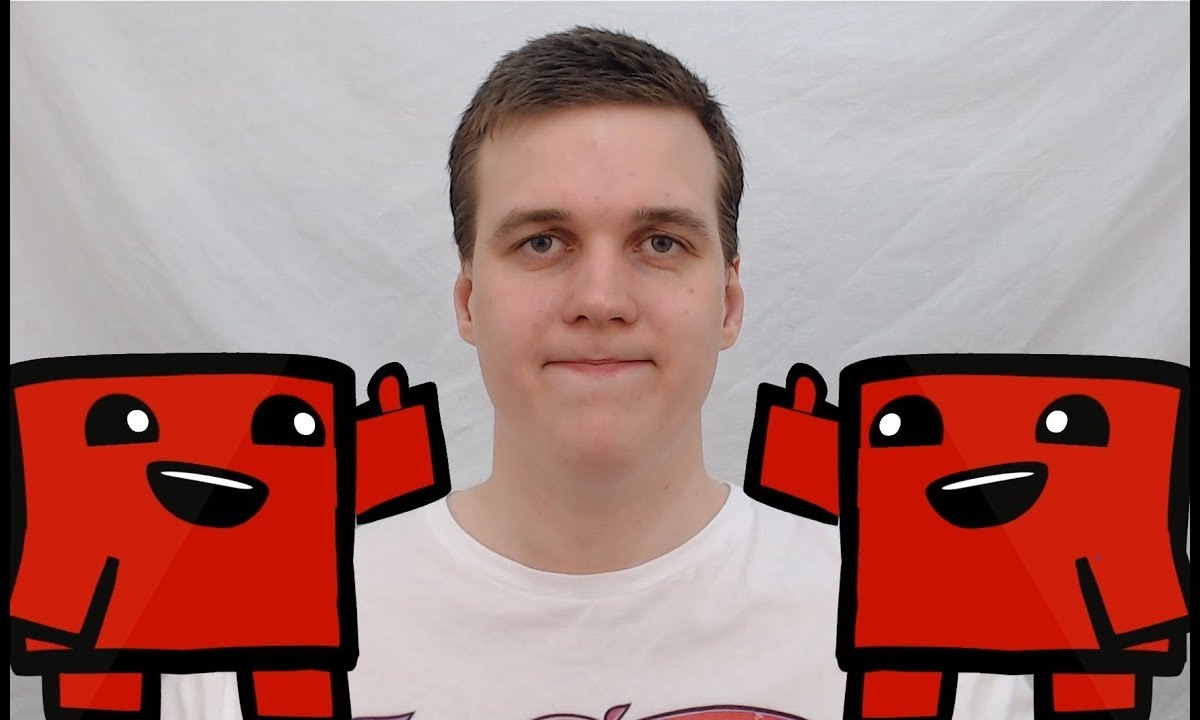 [Note: This is a script for this video]

In 2016 I bought Super Meat Boy because I finally could get it for a price my cheap sensibilities could live with. I played it for a while but then somewhere in Rapture I gave up. I felt I had better things to do than dying a billion times on average before I could beat a level. And for two years I didn’t touch it at all.

Even though I mainly play games for the challenge of it, a game has to walk a very fine line of being fun and challenging for me to complete it. And Super Meat Boy had become more challenging than I liked.

But three weeks ago I decided to try one more time. And this time around I was more determined. And after countless deaths, I conquered Rapture and then The End and could watch–with great satisfaction–the non-true ending of the game. Then, of course, came the realization that I wasn’t quite finished. I had to beat 85 dark world levels before I could try to beat Dr. Fetus once and for all. And to access a dark world level I had to have already achieved an A+ in the light world version of it. In other words: To truly finish the game, I had to do a lot more work.

Yes, work. Because at that point I had gained the same feeling that made me stop me playing Super Meat Boy the first time around. It felt like I was going to complete the game because I had to do it. And since that’s not true I said: “Fuck it, let’s move on to something that’s fun to play.” In short: I gave up.

And I think, from time to time, it’s important to give yourself permission to give up. Not just with video games that no longer are fun, but with everything else. For instance: Last year I dropped out of college after only one month. I had realized that I didn’t want to complete my boring degree to get an equally boring career.

And at this point, I have already spent too much of my life cooped up in boring buildings that I did not want to be in. Reading dull books by old, dead, and academic people. And taking test after test to see how good I was to short-term memorize facts. I’m just so tired of dealing with that and similar bullshit.

As you would stop playing a video game, you no longer feel the challenge is worth the reward, you should stop doing anything that wastes your time. And that includes going to college.

Obviously: You shouldn’t listen to me. After all: I’m a college dropout. And I might be telling you this because misery loves company.

But I will certainly not go back to college or ever reach The Real End of Super Meat Boy. I have, believe it or not, better things to do.